It's been a busy first few months here on the Shore and down in Wellington. Between our country's cost of living crisis and significant local issues such as crime, I've been working hard to be your voice.

Our community is facing significant challenges but also has huge opportunities, I believe that together we can not only solve problems but build a brighter future that makes the North Shore and New Zealand an even better place to live and work.

Please don't hesitate to get in touch with my office if there's anything my team and I can do to help you.

The cost of living crisis 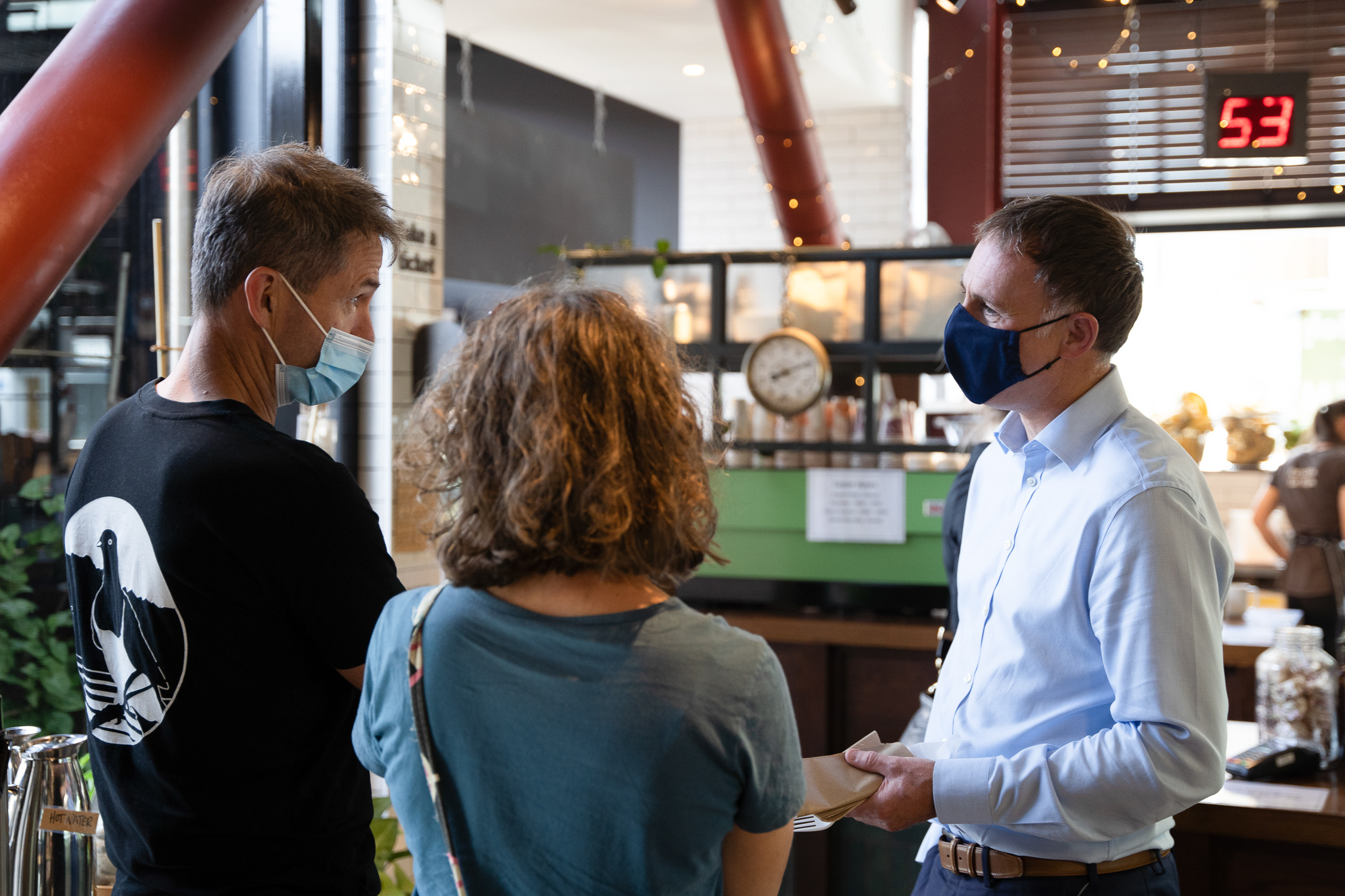 Working as National Associate Spokesperson for Finance and Infrastructure, and talking to you all, it's clear that our biggest issue is the skyrocketing cost of living.

One of the key drivers of the increasing cost of living is inflation, which reached a 30 year high of 5.9%, now ANZ predicts inflation could reach 7.4% in the second quarter of this year. What this means for our families and businesses is that every dollar they earn is worth less and less. Our inflation rate far outstrips many other comparable countries like Australia and continues to be exacerbated by high levels of government spending.

This is hitting hardworking Kiwis, the cost of putting food on the table and petrol in the car is increasing and people are starting to go backwards. Annual food prices alone have risen 6.8 per cent in the last year, the fastest increase in a decade.

Despite this huge jump and inflation, the government intends to allocate over $6 billion in new spending in this year's budget - the biggest yearly increase ever. What concerns me the most is the quality of that spending, whether it's $1.9 billion in mental health spending that isn't reaching the people who need it, or despite spending an extra $30,000 per prisoner compared to 2018, has there been a steep reduction in the number of prisoners accessing rehabilitation services, stories of wasteful spending by this government are a daily occurrence.

We need a government that can deliver a budget that will get Kiwis moving forward again, not trap them with more inflation, more debt, and more poorly targetted and ineffective spending.

Increasing crime in our communities 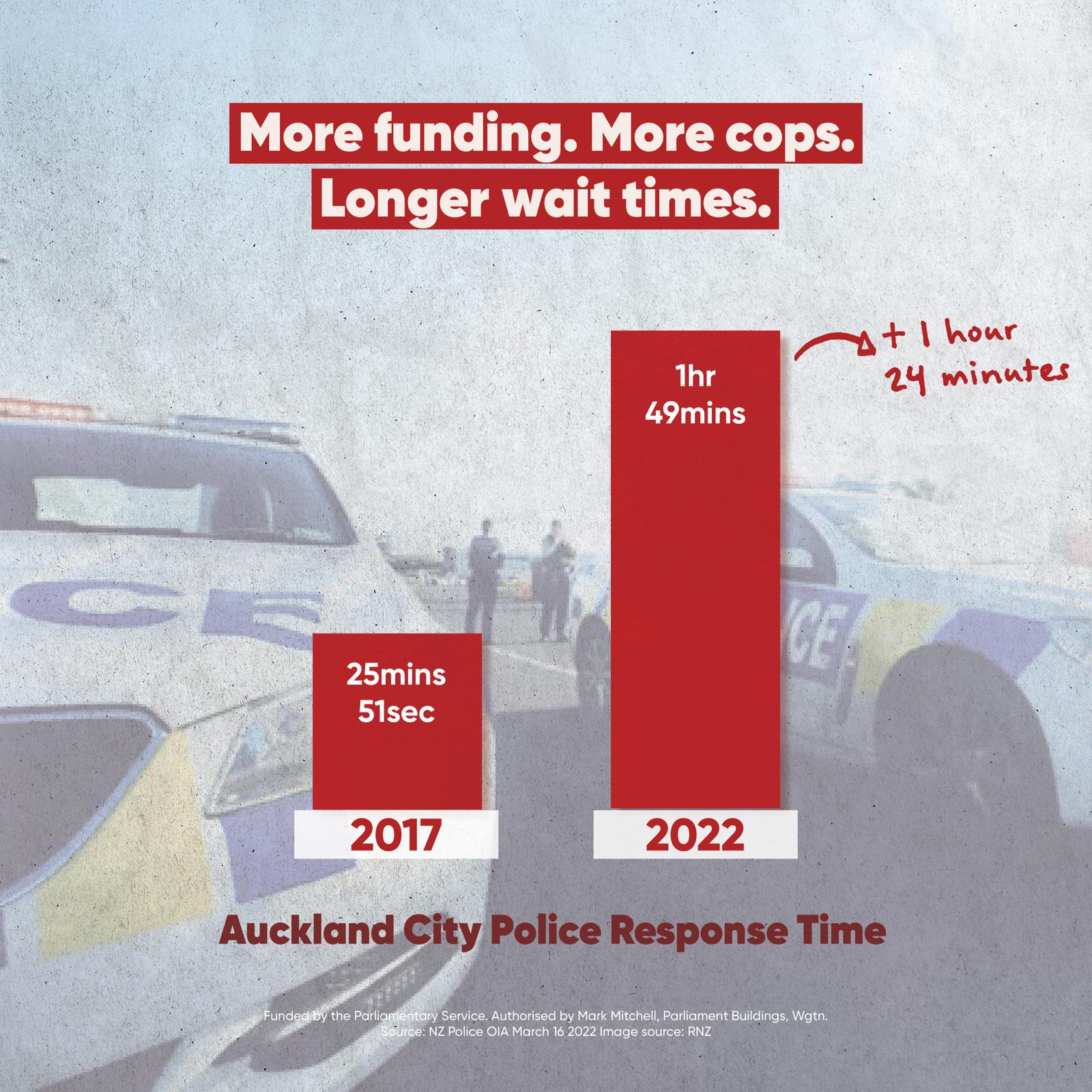 There is no place in our community for violent and criminal behaviour, and sadly we've been seeing an increase in crime and antisocial activity. People have the right to live their lives free of violence but are regularly subjected to crime by people who peddle misery in our communities. This is something I will never accept, and working with residents and the police on this issue is a top priority for me as your MP.

I regularly meet with our Area Commander and those in the Waitematā Police district, keeping up to date with their work and seeing what we can all do to help them. Our police officers work tirelessly for our communities, and they're true heroes, but they aren't being supported by this government.

Most shocking for me was Police Minister Poto Williams standing in Parliament and denying an increase in gang tensions under her watch, and refusing to accept any responsibility for the huge increase in crime. Facts don't lie, police response times in Auckland are up over four times what they were when Labour took office, gang membership has increased by over 50 per cent, violent crime has increased over 20 per cent, and assaults are up over 30 per cent.

Those shocking statistics will sadly come as no surprise to many of us on the North Shore, we've seen it first hand.

Use 105.police.govt.nz or call 105 to report situations that don’t require immediate Police or Emergency Services attendance 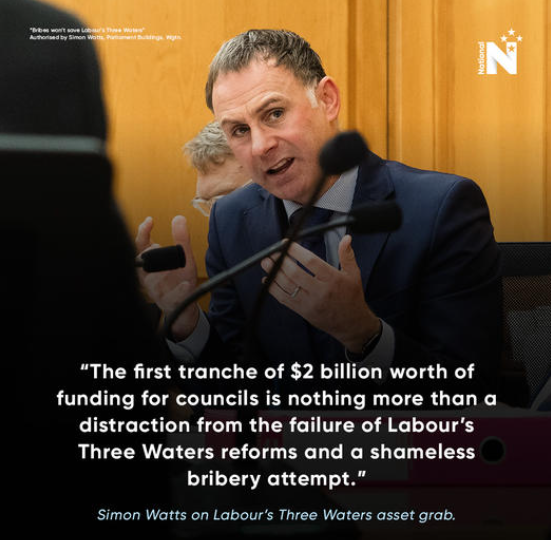 Protecting the quality of our water was a key pillar of my campaign to be your MP, and I've been working hard on that and National's solutions to Three Waters infrastructure problems across the country as National's Spokesperson for Local Government.
The contrast on this critical issue between National and Labour couldn't be clearer, and while Nanaia Mahuta has been making reforms behind closed doors and paying off Councils with taxpayer money, I've been around the country actually talking to Councils and Mayors, hearing their problems, and working together with them for real solutions.
This week the government opened applications for the first $500 million in their Council buy-off scheme, giving them money to spend on whatever they want to try to buy favour. I'm appalled that your taxpayer money is now being used to bribe Councils because this government can't sell its own failed reforms.
Labour has been selling the lie that it's either their reforms or nothing, and it couldn't be further from the truth. There are solutions to fix our system where it's broken, including encouraging co-operation and contracting, or working with council-owned enterprises as has been proposed by many Councils. Importantly there are areas in New Zealand, including Auckland, where work is already being done.

Let's work on the solutions for those areas where it's needed, and not fix what isn't broken in others. There are better ways forward, it's time for Labour to rethink Three Waters. 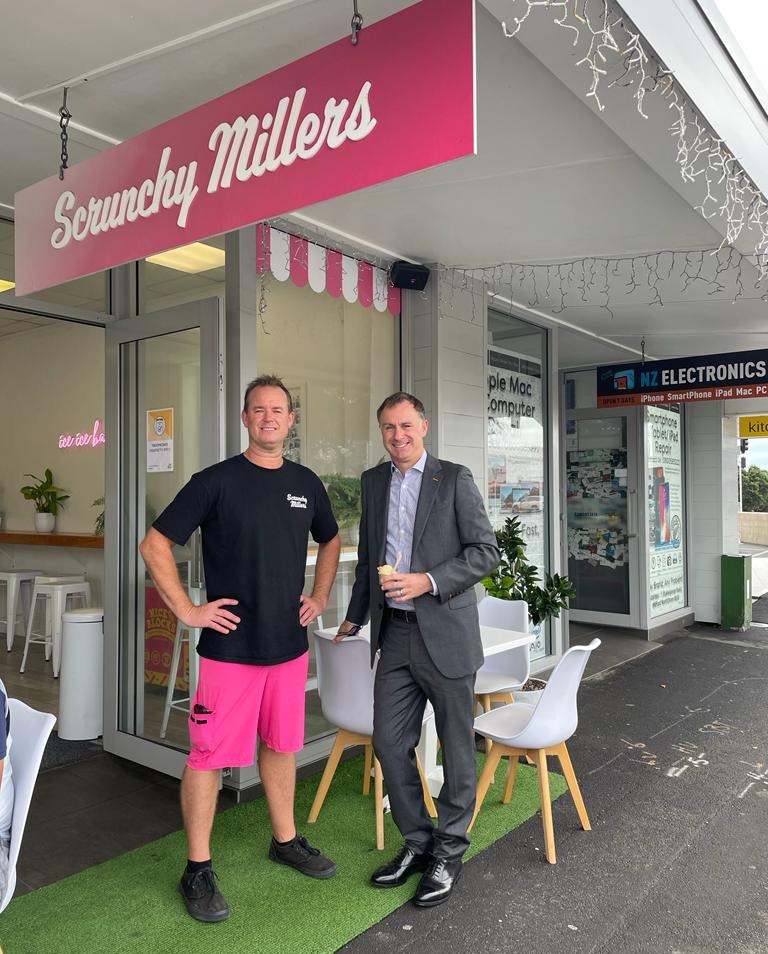 The most important part of my job is always advocating for issues in our local communities and engaging with you.

Auckland Transport has announced it is looking to remove kerbside parking on 240km of our roads over the next 10 years to get people out of their cars and onto bikes and public transport, signalling cars will be the "lowest priority" of kerbside space on strategic and feeder roads. This decision shows how out of touch Auckland Transport is. Encouraging walking and cycling are important, but removing such significant amounts of parking will only hurt businesses and make getting around our city more difficult. I'm working with fellow Auckland MPs on opposing this and finding solutions to the continued failure of transport delivery in Auckland, stay tuned.

Another thing that's of concern to me is the protection of our historic and character suburbs. A housing law was passed last year that strikes the balance we need, that will see new buildings built to ensure the dream of property ownership is achievable for our young people and the historic character of our communities is preserved. Thanks to the work of National, the ability for councils to designate areas not suitable for intensification exists, and Auckland Council are considering where to apply that protection. I'm working closely with local groups and have made my views clear to the council urging them to use the tools we gave them to ensure areas like Devonport are protected. 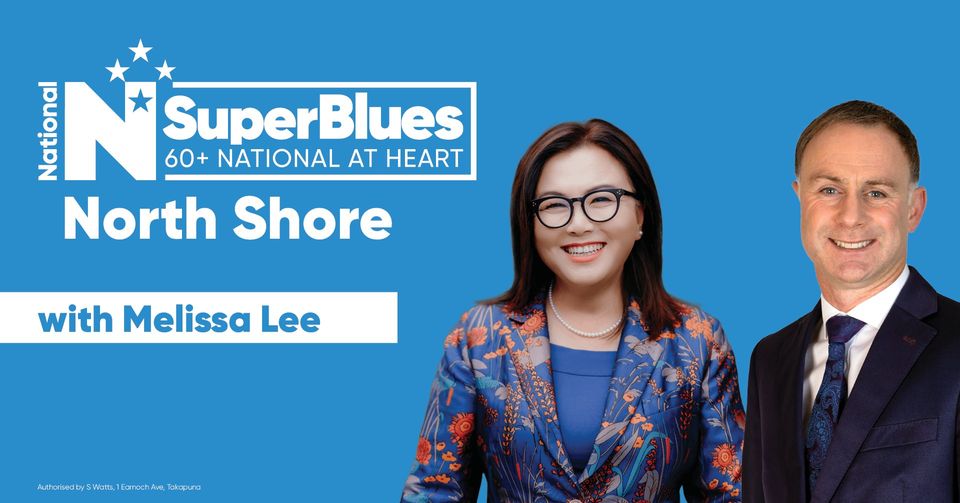 SuperBlues with Melissa Lee
FRIDAY, 6 MAY 2022 AT 10:00am
Milford Bowling Club
The North Shore SuperBlues invites you to join us for morning tea hosted by Simon Watts, MP for North Shore. May's guest speaker is Melissa Lee, National's spokesperson for Broadcasting and Media, Digital Economy and Communications and Ethnic Communities.
Entry is $5 each (includes morning tea), with cash payments on the day.
Raffle is $5 per ticket, with cash payments on the day.

RSVP no later than Tuesday 3 May 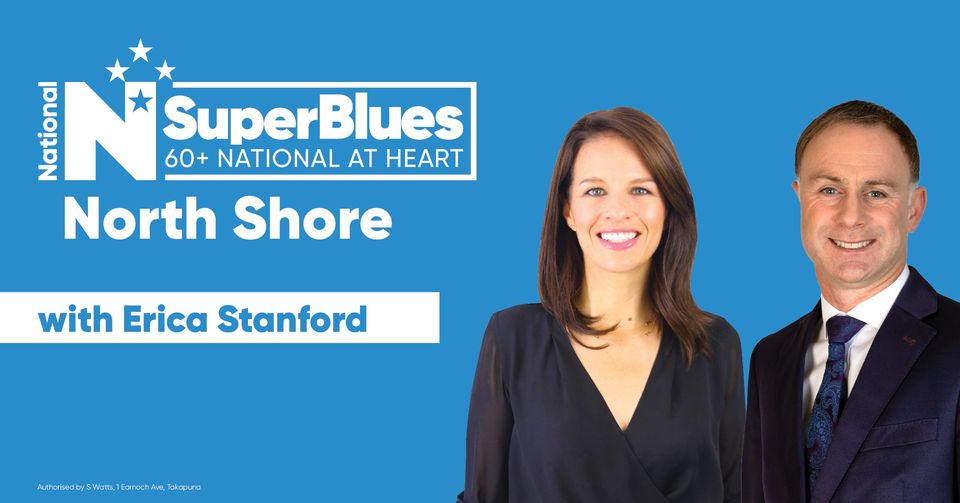 The North Shore SuperBlues invites you to join us for morning tea hosted by Simon Watts, MP for North Shore. June's guest speaker is Erica Stanford, National's spokesperson for Education, Immigration and associate spokesperson for Ethnic Communities.
Entry is $5 each (includes morning tea), with cash payments on the day.
Raffle is $5 per ticket, with cash payments on the day.

We are here to help

You can email me and my North Shore constituency office team, Miriam and Azita, at [email protected]
You can also call Miriam to book an appointment, 09 486 0005.